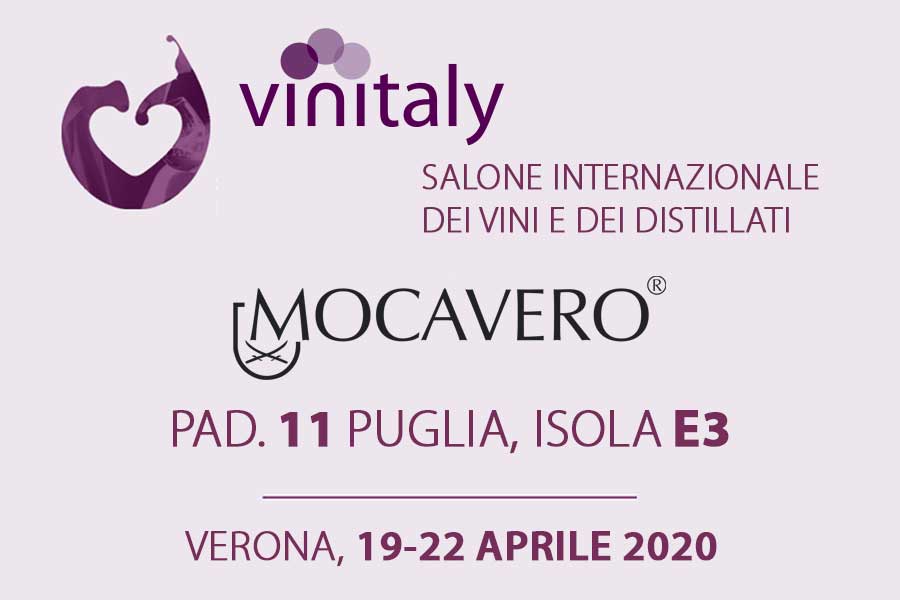 The presence at 53rd edition of Vinitaly of MOCAVERO Azienda Vinicola has been confirmed.

in the 70th anniversary of the fundation of the company Mocavero, Francesco and Marco are preparing some surprises they are going to introduce at Vinitaly edition 2020.

First of all, the  launch of two new wines (a white one and a rosé one), second news is connected to the 70th anniversary of the company ant it will be revealed only at Vinitaly in Verona, 19th-22nd April 2020.

Conventionally we set the date of the fundation of the company in 1950 when Pietro had in heritage the company from an uncle of him, Tommaso Congedo. But origins of the company mus be found earlier, in the forst years of XX century, with some greatgrandfathers who used to be lan owners, farmers and grapegrowners.

Then in 1994 Francesco and Marco founded their own Company, they built a new Winery and moved from Monteroni di Lecce to Arnesano, in a greenery area and they bring on their family tradition.

A lot of news are coming.

true
Cookies make it easier for us to provide you with our services. With the usage of our services you permit us to use cookies.
More information Ok